STEP 5: YOU’VE GOT TO BE IN POSITION TO MAKE THE COMPLETION.

This should be the last week of you tracking your spending habits for the month. It’s do or die now. Once you have tracked your spending, you can get a better handle on where your money is going. Remember the month I tracked my spending, $500+ dollars was wasted on “eating out.” Once this week ends, do the math and see where the bulk of your money is going. If you see that a considerable amount is being spent on non-essential items, it’s time to ‘get into position to make the completion.” Let me explain what I mean.

I’m a HUGE Dallas Cowboys fan. I’m a huge football fan in general, but for all practical purposes, I’ll use my favorite
team and favorite Dallas Cowboy Wide Receiver Dez Bryant for this illustration:

Before I continue, Yes, this photo is OLD. 2009 to be exact. Yes, I drag this photo out and post it on social media at the start of EVERY SINGLE FOOTBALL SEASON. This picture was taken around the time Dez had just signed with the Cowboys as a rookie and was temporarily living in the same suburb as myself. I met him at a local restaurant. He was walking around with a small entourage and everyone was whispering “That’s Dez Bryant.” I recognized him, stopped him and asked if he wouldn’t mind taking a photo. He was real cool about it. I thanked him and he said “Yes Ma’am.” MA’AM? Now hold on! I don’t look THAT old, not then and certainly not now. Anywhoo, that was six years ago and let me tell you. Dez doesn’t look anything like he does in this photo anymore. Let’s just say milk DOES DO the body good… and as always, I DIGRESS. Hold on while I fan myself. Whew!!! Okay. Back to illustrating my point.

When Dallas Cowboy QB Tony Romo calls a slant route where Dez is the intended receiver, Dez has to be in the RIGHT PLACE at the RIGHT TIME otherwise, he won’t be in position to catch/receive the ball. Here’s what a version of a slant route play looks like to the football enthusiast: 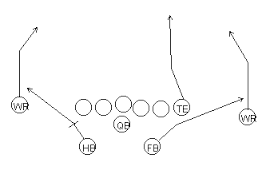 A slant is where a receiver runs straight then hits a 45 degree angle behind defensive linemen to receive a pass. Romo can throw a perfect pass but if Dez isn’t there to receive it, the Cowboys have lost a down or in Romo’s case, there’s a strong possibility he’s thrown an interception. Now let me tie this in to how this relates to YOU:

Financial independence requires DISCIPLINE. Financial independence requires PATIENCE and financial independence involves FOLLOW-THROUGH. These are the same techniques Dez uses on the field that allow him to make “the big plays.” If you want to make the “big plays” and achieve financial independence you must first be DISCIPLINED. That means you may have to sacrifice some things in order to complete the play. You will also have to incorporate PATIENCE into your thought
process. Financial independence doesn’t happen overnight (unless you win the lottery,) and even in some cases, the winners still manage to blow ALL their winnings leaving nothing to show. To make the “big plays” and reach your goal of financial independence, you must FOLLOW-THROUGH. You can’t give up on your goal. If Dez is running too fast, the pass may be thrown behind him, too slow and it may thrown in front of him, but if the timing is just right, he makes
the play, gains some yardage and may even score a touchdown. You don’t need the touchdown just yet. Right now, your goal is to complete passes and continue to gain yardage. Then you’ll complete more passes. And gain even more yardage. Keep completing passes, keep completing tasks, and YOU WILL score the touchdown!

I am so excited for those of you that have actually taken on the task to take charge of your finances by tracking your spending habits and even those who may have just decided to begin this process. It’s never too late to get on board. Touchdowns can happen at anytime during a football game. The same applies to the commitment you’ve made to yourself. The commitment to pull yourself out of debt, the commitment of becoming a better steward of your money, the commitment to make better decisions regarding your finances. The “end zone” awaits. 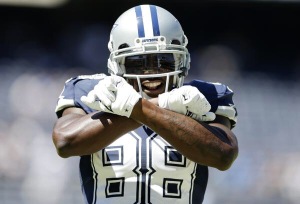 Consider this posting the “Pep Talk” you get before the “big game.” For those that intend to get in the game, make sure you bring your “A” game. Leave the B, C, D and certainly your “F” game at home.

I hope you benefitted from this posting and I do appreciate you reading it.Your commentary is always important so ALL FEEDBACK IS WELCOMED. If there is a specific topic you’d like me to talk about regarding “Financial Fitness Boot Camp” on this blog, feel free to shoot me an email at Andrea.Coleman@TheFinancialHack.com. Don’t miss a posting so be sure to follow me at http://www.thefinancialhack.com. 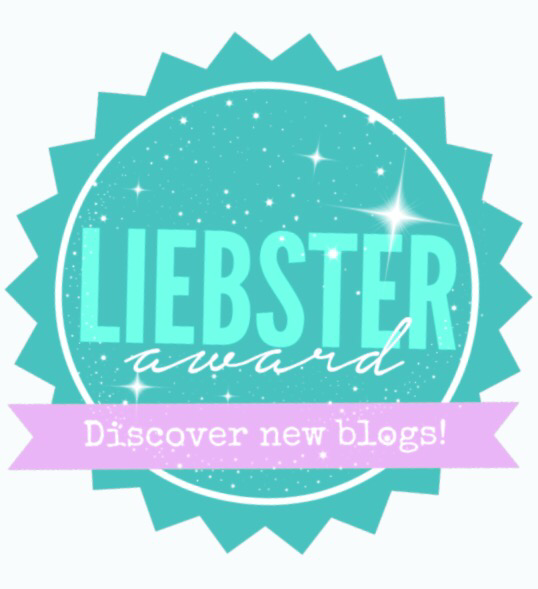