I LOVE VIDEOS… I really do. At almost 45 years old, I’m not ashamed to say I play them to relax. I’ve loved video games since the days of Ms. PAC MAN, Centipede and Galaga, as I stated before, when the FIRST Atari video game console was presented, you know, when video game arcades were where the kids hung out. Does that make me old? HA! Hardly! I still play video games, not at much as I’d like to, but when time allows, any kind of shoot ’em up bang bang, Call of Duty, Resident Evil, Resistance Fall of Man type games are always right up my alley.

The problem with video games and the consoles that are required to play them, not to mention joysticks (I know they’re called “controllers” now,) can be costly. EA Sports “It’s In The Game” released its first Madden NFL Football video game on PlayStation around 1997 and Xbox followed around 2002. I know there was the Gameboy, Sega Genesis, Nintendo 64 etc, but I’m going somewhere with this. As technology advanced, the graphics improved, and the games became more expensive. Game cartridges (yes I said CARTRIDGES) that were once $20 have now been replaced by CDs that run in upwards of $59.99-$75 for the Deluxe Edition. Who has that kind of money to spend? An Xbox One or PlayStation 4 (PS4) game console starting price is $400. Again I say. WHO HAS THAT KIND OF MONEY TO SPEND? Or maybe I should ask… WHO WANTS TO SPEND THAT KIND OF MONEY? Especially when you’ve got financial goals to meet right? For those who want the Madden NFL Football experience but not the Madden NFL Football price, HERE’S HOW TO GET IT: 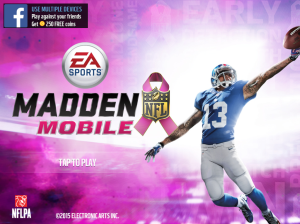 The Maden Mobile app is FREE FREE FREE… And who doesn’t like FREE right? I love the NFL experience you get, however you’re not able to trash talk with other online gamers as most do through their headset when playing on an Xbox One or PS4. The best you can hope for is to trash talk through your keypad in the form of typing a message. If trash talking is your thing, join a league or form your own (you need 3 other players to compete with other leagues) otherwise, just trash talk to your iPad as I do. I trash talk period when I play. Madden Mobile is a lot like Fantasy Football. You can put together your own team as opposed to playing with the actual NFL squad (on the real deal game consoles.) For instance, here is my offensive squad….BECAUSE I KNOW YOU WANNA SEE IT!!!

MORE LIKE I WANTED TO SHOW IT TO YOU… MY DEFENSIVE SQUAD IS KICK A$$ TOO!!!

I had Michael Vick as QB (76) but was able to acquire Cam Newton (84) and he has yet to disappoint. I’m trying to get Marshawn Lynch as my FB but dude doesn’t come cheap. I need beaucoup dinero for “Beast Mode” but, I digress. You can buy and sell players at any time to build up a solid offensive/defensive squad and even special teams, or you can trade them in to earn rewards on various challenges. You can play other Madden Mobile users around the country to get money, gain fans and experience points to advance you to the next level. Because I’m so proud of my progress, here’s a snapshot of my division ranking. I’m Cowgirl75237 by the way….

At level 22. I’m ranked #1600 In the All-Pro II division and about 50K fans shy of All Pro I satus. I am absolutely stoked about this app. THAT’S OBVIOUS! The graphics are pretty decent or as decent as they can be…. 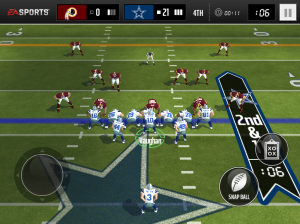 You call plays just as you do playing the real deal, Players celebrate in the end zone after touchdowns, kick onside, sack QBs, gain points via safety, pretty much everything you can do playing the actual game. Once you’ve reached your limit of playing other Madden Mobile users (I hate the app does that,) you can make your way on over to the Season Menu and win your way to the Super Bowl. I won Season 1 and 2 Superbowls, lost Season 3 playoffs and am in the middle of playing Season 4 now.

So there you have it. If your money is acting funny and your change is mighty strange, no need to go out and buy an expensive video game console or the expensive game to go accompany it. Download the Madden Mobile App and play it until you have SAVED the money to purchase the real deal. The app is available on iPhone and Android. In this day and age, nearly everyone has a smart device of some sort. I DO NOT advise you to play this on a smartphone unless it has a larger than average screen. Try playing on an iPad or another tablet device. If you’re able, connect it to your television for an even greater football experience. NOW…. LET THE GAMES BEGIN!!!

As I dance in the end zone after scoring a touchdown, I hope I’ve sold you on what to expect from the FREE FREE FREE, FUN FUN FUN Madden NFL Mobile App!!! It’s FUN and it’s FREE!!! Oh and did I say the app was FREE and FUN? Enjoy…. 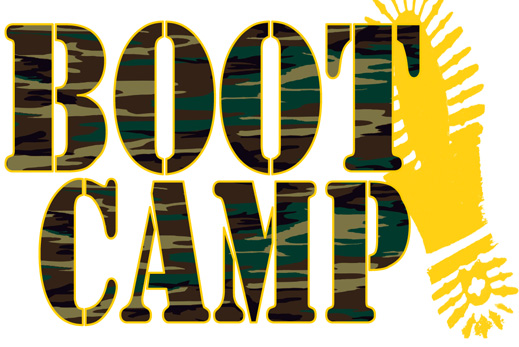